CERN social media has led me to discover many corners of the laboratory.

In 2016, I left the comfort of my home in India, with travel bags weighing heavier than me in total, taking my first flight outside the country. I had sought admission to the Aachen University of Applied Sciences (Fachhochschule Aachen) in Germany to pursue Mechanical Engineering. Soon after, in 2017, I left Mechanical Engineering to pursue a quite unique, interdisciplinary, unheard of and honestly quite frightening combination of studies in Science Communication and Bionics.

2017 was also the year India became an Associate State Member of CERN, opening doors to millions driven by science who aspire to work for the Organization. Sometimes the universe aligns perfectly.

I joined as an administrative student and started my studentship as a science writer for the CERN website, and slowly transitioned into communicating particle physics and other subjects full-time via CERN’s social media channels such as Facebook, Twitter, Instagram, and LinkedIn.

CERN social media has led me to discover many corners of the laboratory. Unlike many science communicators in the world, I have had to take various learning courses such as radiation protection and self-rescue mask training to access locations such as the ATLAS cavern and the tunnel of the Large Hadron Collider. We don’t quite meet the levels of tweets from space (yet) of NASA's social media, however CERN is at the forefront of sharing the results of fundamental physics research, such as the production of atoms of antimatter and now laser cooling, for example, and its social media channels help millions of people become aware of the breadth of activities of the Laboratory.

“Eat, sleep, dialogue, repeat” is my motto as a science communicator, and one of my favourite social media campaigns last year was the Dark Matter Day 2020.

CERN gave space to its social media followers to ask questions on the subject of dark matter and some scientists and researchers referred to as the “Dark Matter Hunters” recorded videos to answer them. This series, originally done on Instagram as Stories here, witnessed hundreds of questions from curious minds, some of them quite out of the box such as “What happens when dark matter mixes with human blood or brain neurons?”, reflecting how scientists and organizations can develop scientific curiosity among the audience and address it proactively.

However, working behind the scenes of social media also means being our eye “on the ball” with the influx of information (and misinformation) and knowing how to deal with it smartly. A Harvard study found that every notification, whether it’s a text message, a “like” on Instagram, or a Facebook notification, has the potential to be a dopamine “hit”. With access to the social media of an organization like CERN, your phone will never stop ringing. Therefore, learning the art of disconnecting from time to time is crucial to lead a healthy life for social media professionals, but it is especially challenging.

I often remove social media apps from my phone over the weekends and have turned off notification alerts. I read books to move away from screens and go running in the beautiful valleys of the Jura Mountains, close to CERN’s surrounding cities. But I still haven’t figured it all out, and would love to hear your ideas to disconnect if you are reading this.

Whether I am in the capital of India, in multiple cities around Germany, or still deciding where to live between France and Switzerland at CERN, I feel at home.

As I enter the final months of my amazing studentship in this workplace place like nowhere else on Earth, I have to express my gratitude to my wonderful team members who work hard to establish, maintain and support CERN’s strong digital presence, and to the entire CERN community for the work they do that gives me the opportunity to bring it together and show it to the (digital) world. Last but not the least, my favourite author, Robin Sharma, whose books keep me sane in this overwhelming online and offline world.

Inspired? Join CERN's studentship programme: Technical, Administrative or Doctoral and make your own journey with CERN! 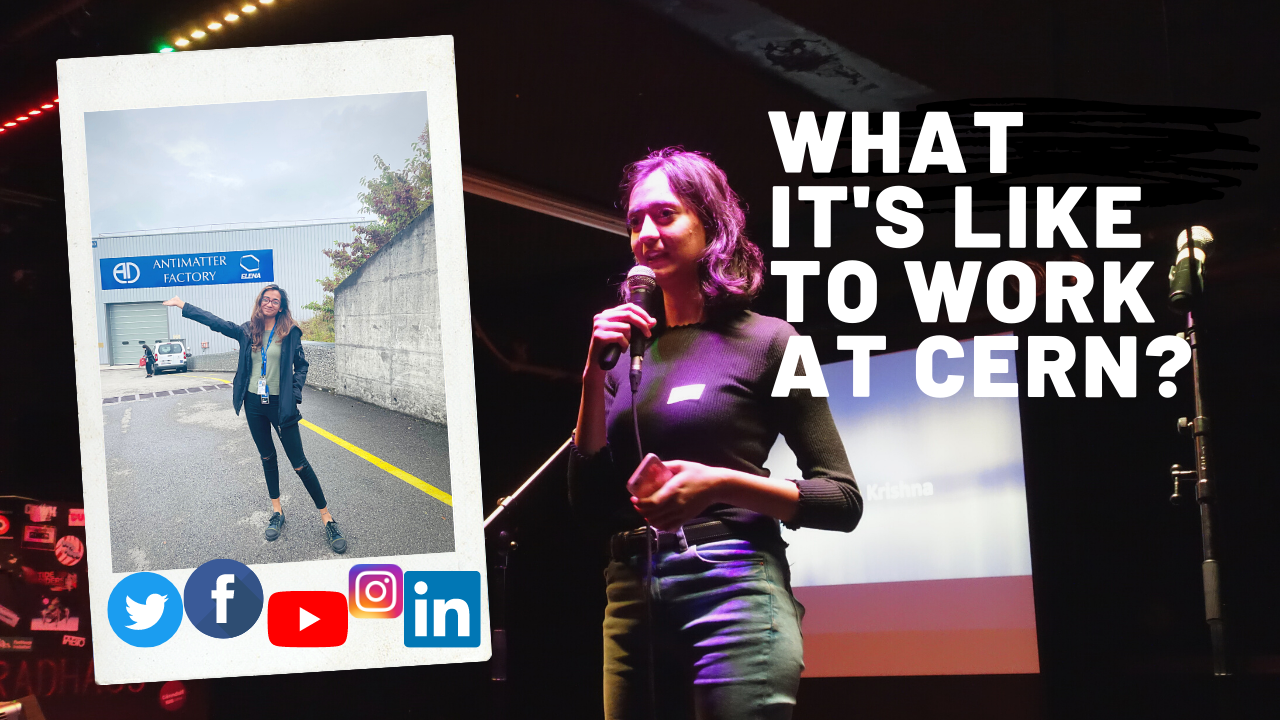